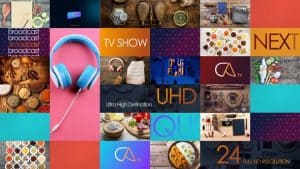 Despite its waning popularity, especially among young people, TV ads are still largely the most effective form of advertising, particularly when it comes to brand image. Here are the top 5 branding campaigns showcased on TV in 2019.

ITV is largely known for its “cozy” easy-viewing programming, but this is starting to change as new CEO Carolyn McCall tries to take the channel into a more culturally relevant direction. To do this they are using user data, especially from its on-demand ITV Hub to advertise more effectively in a more targeted way. This has lead to the new strapline “More Than TV” and a series of short films that aim to highlight the emotional power that still remains in TV content.

With climate change becoming a bigger issue literally every day, airlines are struggling to advertise in a way that works in the current political sphere. Dutch airline KLM, however, has launched a TV advertising campaign urging people to fly responsibly and try to take the train when possible – seemingly putting the climate ahead of profits. This is an increasingly necessary trend for brands looking to keeping their image intact, with food companies getting rid of plastic straws and clothes companies following suit. A good example are things like custom rubber bracelets are also a good option for people and brands to get their message across as they are also ecofriendly.

Working with the creative company Engine, Monzo released a slew of 30-second TV adds that greatly promoted the brand as well as its best money managing features. This resulted in June of 2019 being Monzo’s biggest ever month for sign-ups.

Visa – One Moment Can Change the Game

Similar to KLM, Visa is trying to stay in touch with current social movements by highlighting their enthusiasm for women’s football. The main feature of their TV adds was their pledge to spend as much on marketing on the FIFA Women’s World Cup as they did on the men’s World Cup in 2018.