The 4 Best Drones Currently On the Market 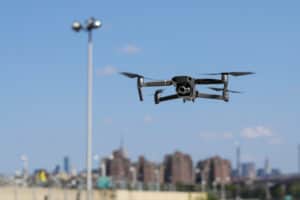 Drones used to be the stuff of Sci-Fi movies and comics. Along with flying cars, hoverboards, and self-tieing shoes. But unlike those other items, Drones, as we imagined them, are now widely available on the general market

And they aren’t even bank-breaking anymore. A few years ago it would cost you an arm and a leg for a high-quality drone. Now, you can find a variety of different quality drones all with various price-tags to meet the financial needs of everyone.

And with the ever-increasing demand for drones, we are also seeing a lot more variety in the functionality and design of the drones themself. With such a wide variety of drones now available, it can be difficult to know what drones are worth the price, and which ones are low-quality rip-offs. We asked the team at droneshigh to help us sift through the garbage. So we are looking at the 5 Best Drones Currently Available to Purchase.

Our first selection is a drone aimed at those with an interest in photography. The Potensic D85 comes equipped with a 2K camera that is wielding a 130-degree arc of vision, allowing it to get some truly scenic shots.

The brushless blades mean it is essentially silent as it flies, and the lithium battery allows for 20 minutes of uninterrupted flight time. The GPS positioning allows you to send it off and it will automatically track and find its way back to a pre-set landing position. Excellent for anyone looking to take action shots.

Looking very stunning in a lavish white shell, the Anonyme X35 RC is a fantastic bit of kit that is extremely reliable. Its battery allows for 20 minutes of flight time. The blades are responsive and powerful, allowing for a full range of both horizontal and vertical movement in every direction.

The camera records in stunning 2k, so the images are always crisp and top quality. A big selling point of this unit is the range of the transmitter. You can control it from up to 1000m away. This is a staggering feat. Although it might be patchy the further out it goes.

This Drone is fantastic for anyone interested in making films. The DJI Mavic comes equipped with a fully rotatable camera that can capture in full spherical motion and up to 180-degrees. It is perfect for getting establishing shots.

Even better is that it can record in up to 4K resolution, making it one of the most powerful camera drones available. The battery provides 21 minutes of flight time and can be controlled from up to 6300 meters away, which isn’t the best but is impressive none the less. Overall this unit is one of my personal favorites when it comes to camera drones.

As the name gives away, the EACHINE E520S comes with a 4k camera attached. But the biggest draw is the high-quality screen attached to the drone, allowing for full control while flying. Making use of 5g wi-fi, the drone can transmit imagery in real-time as well, so it is great for filmmakers who need to make adjustments on the fly.

It can only fly for 16 minutes per charge and only be controlled for up to 250m, which isn’t as impressive as other models, but it is more for use at lower distances. What it lacks in these departments, it more than makes up for in camera power and quality.