If you are someone that has the pleasure of being part of the gaming community you will be familiar with some of the more popular debates. Is PC better than console? Which is the best mouse and keyboard combination? Now, one of the biggest questions that is plaguing the world of gaming is whether or not gaming laptops can match the power of a desktop.  Some of the more PC elitists in the community will outright deny that a laptop could even come close to the power of a desktop, however as technology has continued to improve over the last decade, it would be hard to deny that the selection of gaming laptops that are now available on the market are quite powerful.

Instead of focusing on the opinions of PC enthusiasts, let’s examine the specifications that both laptops and desktops usually have and compare the two. 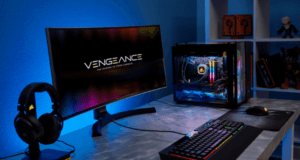 If you have ever owned a PC, you will be more than aware of how strenuous the process of upgrading your computer can be. Unless you are someone who is well versed in the ins and outs of building a computer, taking apart the main PC to replace or upgrade the parts can be very overwhelming and often confusing. If you take one part out of the set up then it is likely that something else will stop working and serve as a constant annoyance for the rest of your day.  However, though this may be annoying, the upgrading process of a PC is what makes it stand out slightly from its laptop counterparts. Due to the compact nature of a laptop, it can be extremely annoying to take it apart in order to upgrade, which can be annoying when considering the constantly expanding world of computer gaming.

However, though this may seem like a disadvantage, most gaming laptops come with plenty of power. This means that you don’t have to regularly upgrade the laptop, which means you won’t have to really deal with the issue of having to take the laptop apart. Laptops also often come with fantastic warranties, which means when you feel as though your laptop is starting to lag behind other devices, you can always send it in for an upgrade.

However, one issue with laptops is that if you were to take them to an external business that specializes in fixing computers, they are likely to charge you much more than they would to repair the parts of a computer. This is because repairing these parts is a much more delicate process and requires much more expertise, so it is recommended that you get a form of insurance when purchasing a laptop.

One of the main differences between laptops and computers that really give gaming laptops the upper hand is portability. As you probably know, desktops are pretty hefty bits of kit. If you are someone who enjoys partaking in LAN parties with your friends, then you have probably had to deal with the process of trying to transport your computer to another house while also dealing with the constant thoughts of one of the precious components being broken. Not to mention having to transport a heavy and also very delicate monitor.

Gaming laptops completely get rid of that issue. Most gaming laptops are extremely lightweight, which means that you can throw one in your bag and travel to whatever destination you would like. Most modern gaming laptops are also made with aluminum casing, which will mean that you don’t have to worry about any bumps affecting all of the internal components. As you will also know, laptops also come with an inbuilt monitor, meaning you have fewer things that you need to transport. Laptops can also fit into nifty laptop cases, which makes them much easier to transport and also much safer.

Something that desktop elitists often declare is that laptops simply do not live up to the specs that you can find on a desktop computer. This may have been the case a long time ago, but these days this is not the case at all. The reason that gaming laptops used to have specs that were worse than desktops was simply because a lot of components were quite big and could not fit within the small enclosure of a laptop chassis. As these components have become more condensed, they are able to fit into a laptop and so you can experience the power that you would experience from an ordinary PC. 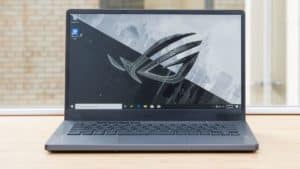 One comparison that a lot of people make between laptops and PCs is the price. This is a fair argument to bring up as you will notice that a gaming laptop will usually be much pricier than your average desktop. However, this is only really the case as most people who have PC’s build them themselves, which makes PCs substantially cheaper. Laptops are more expensive as they are essentially prebuilt, which would be the case if you were to buy a prebuilt PC. However, you don’t have to buy an expensive gaming laptop in order to have a high-quality laptop. In fact, you can check some of the best gaming laptops here that are sold at a more reasonable price, yet still, stand strong against your everyday desktop.

Overall, the best of the two really depends on what your own personal needs are for a computer, but laptops are certainly not weaker than desktops.